The Ales of Summer

Time to review some Summer beers. I was recently sent a couple bottles of Newcastle Summer Ale (which I would link to, but I have no bloody idea how to navigate their website). I also picked up a couple other beers at the Ale Jail, including Summit Summer Ale, and Schell's Czech Dark Lager.

First up was Newcastle Summer Ale. I have gotten a few beers from them recently which is quite nice. In Cooking Lager fashion, I'm not quick to say 'no' to a free beer. This one is probably the nicest of their seasonals I've tried, if for no other reason that honestly in advertising. It's called a Summer ale, which usually means drinkable and simple. This definitely fit the bill. It's got that Newcastle watery aroma and not a whole lot of anything else. Very mild malt and hop flavor. Not objectionable. 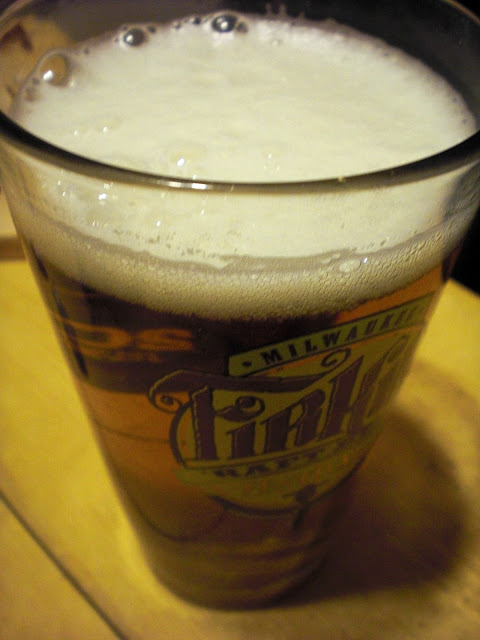 Next up was the Summit Summer Ale. This I had very high hopes for since they removed the Hefeweizen to make room for this new beer. Their Hefeweizen seems to have been a contentious beer among beer-people I've talked to. A lot disliked it (which goes with the territory with Hefeweizen, it seems) and some liked it. I thought it was a very serviceable Hefe, though not quite up to par with the best German examples, though that is a very high bar. As for the Summer Ale, I have to say I was a bit disappointed. It really is quite plain. They describe an elegant fruity and floral aroma, which was easy to miss.

I suppose this is de rigueur for summer ales, but we could really do a lot better. There are so many nuances and flavors to be experienced in beers on the milder end of the flavor spectrum, and these types of summer beers leave a bit to be desired. Session beers and non-extreme beers hold a special place in my heart and I hope we can be more ambitious not the with the loudness of flavor in beer, but with the quality of it.

Fortunately, I also tried Schell's Czech Dark Lager. Schell's is probably the best local example of notable breweries doing a great service to Lagers and less in-your-face beer styles. This is the fifth in their one-off Stag Series of beers. The latest of these seem to be inspired by history and, mother of god, do I hope they continue on that path. This beer is amazing. Not exactly a "summer beer" as much as a beer I would like to drink every day. Forever. Also in Summer. I regret that I do not know much if anything about Czech brewing styles (check in with Fuggled if you're into that sort of thing) but Schell's Czech Dark Lager claims to be inspired by the U Fleku example of this style and uses floor-malted "hanka" malts among others. The aroma is gentle and has whiffs of banana and just a bit of malt. This is beguiling as the body is full and the flavor is loaded with biscuity and dark malt flavors. Some grassy hops and a staccato of subtle esters wishes you well on the way out. Roastiness is very minimal, and tends more to the caramel side, although, again, very balanced. This beer is like a warm coat on a fall day. Or whatever the Summer version of that analogy is. I don't know. I live in Minnesota. I have yet to try it on tap, but I plan to seek it out whenever possible. I give my strongest recommendation that you do as well, given that this is a seasonal beer that may never come back, and seems to be a shining example. 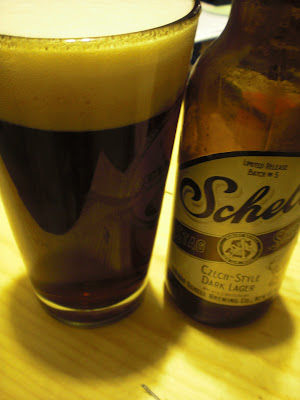 This month begins the newest entry in Summit's quarterly Unchained series of beers. This month is a Dunkelweizen. 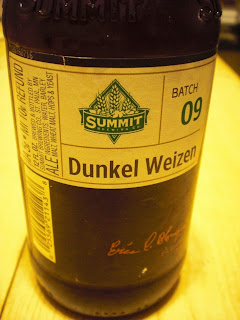 I was pretty excited for this one when it came out. Dunkelweizens are somewhat ignored, and it's a great beer for spring. I bought this pack at Big Top, unrefrigerated, but presumably quite fresh. 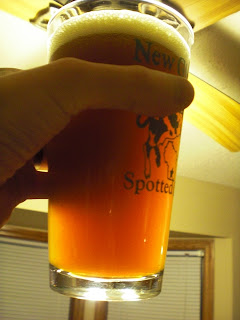 It's a nice amber-caramel color and cloudy as you would expect. As for the taste? It leaves a little to be desired. I gave it a couple go's on different nights, and it's not a bad beer, but it's a little flat and doesn't leave much of an impression. It has a very nice balance of mild banana and clove (in that order) right up front and in the aroma. Some mild biscuit with a slight astringency follow and then it finishes quickly and quietly without much to say. It is missing a bit of the creaminess and that sort of hard-to-define subtle, wheaty/malty quality that outstanding German Weizens seem to have. This dunkelweizen is 6% abv, which strikes me as a bit high, but after checking, Erdinger (which is probably my favorite of the style that I've had) is only 1% abv less, so perhaps that not as large a difference as it seems.

I'd recommend giving it a try, and I'd love to drink it on tap, but perhaps it could have been better. One thing I do lament about the Unchained series is that they're here and then they're gone. I would love to try another updated version of this beer once they had some time to refine it, but that's it the nature (and part of the appeal) of these beers: one batch, and they're gone for good.
Posted by Flagon of Ale at 10:56 PM 2 comments:

It is the worst day of the year for us anti-social drinkers. Beware when going outside. I have read that half a million are gathering in Dublin today to drink and celebrate. It sounds truly terrible. March the 17th is when many chose to celebrate Patrick, the former slave and patron saint of Ireland, whose holiday was originally intended as a solemn event, rather than an ass-busting, beer drinking, all day BBQ street party (despite the latter being more common for Catholic observations as I understand*).

If you are going to wear green and binge, drink something Irish, like O'Hara's  (I do love their logo and labels) rather than Guinness, Jameson Bushmill's, or Bailey's which are all nice, but are owned by mega-super global giant Diageo.


And may the Great Irish Elk guide you on this solemn day. 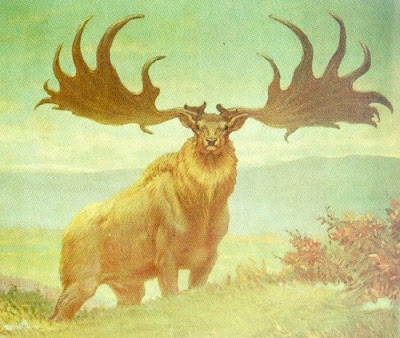 Flagon of Ale
I enjoy beer, not in an unhealthy way, but in a way that's probably unnecessary.

Other blogs I read